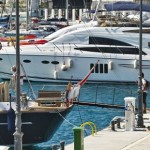 The undertaking of joint action to promote large private sector development projects abroad was at the centre of a meeting held between the Association of Large Development Projects and the Cyprus Investment Promotion Agency (CIPA).

Efforts to promote large development projects within the framework of the regular and targeted missions undertaken by CIPA abroad to promote Cyprus as an attractive investment destination were discussed extensively. Both sides agreed that large scale investment projects will contribute substantially to efforts to bring the economy back to growth. The need to combat red tape in the public sector and implement the strategic reform set in motion by the government was also underlined.

After the meeting, chairman of the Association of Large Development Projects Andreas Demetriades said: “Cooperation with the competent bodies of the state such as CIPA is essential in efforts to achieve our joint objective to attract investment and implement large development projects. Achieving these targets will bring multiple benefits to Cyprus society: New jobs, tax revenue for the state and a friendlier business environment, capable of attracting additional investments.” Demetriades added: “only through growth can we improve the standard of living of citizens and more generally will we be able to deal with the social repercussions of the recession and the crisis in recent years. Growth will come mainly from the initiatives of the private sector, either Cypriot businessmen or foreign investors, or through cooperation between the two.”

Implementation of large investment projects will serve as a catalyst to restart economic activity in Cyprus, the leadership of the Association of Large Investment Projects and Archbishop Chrysostomos ll agreed during their meeting at the Archbishopric.

During the meeting, held in a very cordial atmosphere, it was stressed that implementation of large development projects will bring multiple benefits to Cyprus, such as new jobs, an inflow of tax revenue to state coffers, investment opportunities and growth for the country’s economy more generally. The two sides also exchanged views on simplifying and speeding up the required procedures as well as the investment opportunities offered by the private sector in Cyprus.

Emphasis was given to the ambitious investment in Yeroskipou, and more specifically the licensing model being adopted there which is expected to set a positive precedent and serve as a model for speeding up procedures relating to large developments and facilitating investments.

Speaking after the meeting, president of the Association of Large Investment Projects Andreas Demetriades said: “It was a very useful and constructive meeting. It is our shared view that implementation of large investment projects will boost development”. And he added: “It is essential that bureaucratic procedures which have long served as an obstacle to growth are overcome. The procedures relating to the investment in Yeroskipou can serve as a positive precedent.” Demetriades concluded: “The Association of Large Investment Projects seeks close cooperation with all players involved in the common effort for economic recovery and a return to prosperity.” 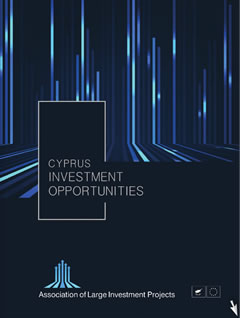